The place to come and read about real-world experiences and industry updates - all in one convenient easy to find location!

Why Document Control is Harder Now… 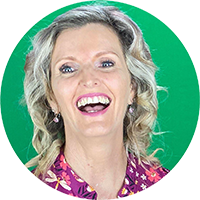 It seems much harder now than it used to be... It doesnt have to be that way.

In any business; controlling documentation is critical. Is this the correct template? Am I looking at the right drawing? Is this the latest procedure? Am I building this to the right specification? Is this the right presentation? The last thing you want is people using and working off the wrong information.

But first let’s go back to 1980 when I was working in the design office of an aircraft manufacturer. Just to really demonstrate how old I am and how much things have changed, people could still smoke at their desk, I had to clock in, photocopiers were just starting to arrive, and there was one computer – a large mainframe. If I needed to make a change to an Engineering drawing I would go to the drawing store and requisition the drawing. I would be given the original hand drawn drawing which was on plastic film. I would then make any changes that needed to be made, get the changes approved, and then return the drawing to the drawing store.

If I needed someone to manufacture something from this changed drawing, I would take copies of the original drawing using one of those large ammonia copiers, and the copies would be not on film but on paper and they would be a little pinkish….and this is the key. It was obvious which document was the original - the one on plastic film, and which documents were copies - the pinkish paper ones….and there was only ONE original. It was impossible to have two originals because you couldn’t copy onto the plastic film.

Let’s now come forward to document control today where everything is done on the computer.

they go to the one that is stored on their C drive, because it’s quicker

Looking at a business that has multiple locations where the main system is run centrally; like a construction company, a retail chain, a large corporation, or any business operating in many states. In these organizations all the procedures, instructions and other documentation are very often all written and stored electronically in some central location, very often the Q drive. To access this information people log in from their location and they are normally greeted with a message something like “This document will not be kept up to date if printed

However, especially if the internet connection is a bit slow, this can be a bit frustrating and people will often download the information they use frequently and store it locally on their “C drive” making it much quicker to get to. And this is where the problems start.

When they need to refer to these documents – or print a copy and give it to someone else, they go to the one that is stored on their C drive, because it’s quicker. Now over time someone may find an error with the document, because a process has changed, or just because they don’t like it, and they change it. And now we have a problem, we have “official” documents that are stored on personal computers, which are not being kept up to date.

I heard of an incident investigation  that was done after someone injured themselves changing the rear light on a haul truck at a mine site, and as part of the investigation it was found there were 17 different documented procedures available for changing the light.

So what’s the solution?

Firstly, recognise that it is a problem – and it is, and it’s real. Secondly, educate people as to why it’s important to ensure they are looking at the correct document. And finally, get good internet connections, use computers and tablets that update continually, and try not to print too much, look at it in your screen. For people who do site work, buy them a tablet – they are cheaper than the first stuff up.

We'd love to hear your thoughts on this blog topic.