Your one-stop shop for all your ATOL and Industry News

The statement I hear a lot from our students is “But, I need more experience!”.

This is stopping a lot of you from going out and grabbing those opportunities. I’m going to question whether you do actually need more experience?

Do You Really Need More Experience?

Don’t gasp in horror when you think about this but honestly, a lot of you already have the experience that can be transferred. I would love for you to reflect back and look at what you are already doing or what you've already done.

For me moving into certification audits and facilitating training, I came from a background in quality (ISO 9001) originally, and I was an internal auditor. Just an internal auditor working at the same company I'd been at for about 10 years.

When I decided to leave there and work for myself, that's what I had internal audit experience. I had a little bit of internal training experience - you know, like supporting people with change, showing them how systems worked, and so on. You could say that's training right?

Even if you’re role doesn’t include an ‘official’ title including internal auditor, your role might still have an element where you work with people and review processes, and implement improvements.

The thing is you need to look back at that experience and see how it can transfer to where you were heading. I was heading to consulting, facilitating training, and certification audits.

So, an entirely different kettle of fish. I got there based on that experience – nothing else!

What!! Don’t be taken advantage of.

Look back, really look back at your experience, and look at it from a different angle.

Another example, I came across recently was a friend of mine who is a consultant in quality, environment, and OH&S and has a wealth of knowledge in consulting is in the process of moving into the certification audit world.

A certification body had asked for her auditing experience and there was mass panic on her behalf! She contacted me and said but I’m a consultant, not an auditor, how will I be able to do this? I suggested that as a consultant that is pretty much what you do. You review what your client has in place. You look at what they should have in place. Oh wait – what’s that look like - that's an audit! And then as a consultant, you help them to fill the gap.

If you look at what you do, you can identify those transferable skills and then start thinking like an auditor!

Get a Role as an Internal Auditor

Now, if you don’t have a role currently that does include ‘any of the above’ then it’s time to start looking for where you can include this.

We had a student recently in our ATOL community group asking this. Her job - I'll just say her normal job didn't include audits, but she was really keen to move into them and was asking how to approach her boss about it.

I always say, well, that is fantastic. I love it. When I go to a client and there's someone new in the opening meeting who is learning the ropes as an internal auditor, alongside their normal job – it’s so great to see.

I would suggest offering to add on audits to your existing role as a way of improving systems, streamlining the business, and even saving time and $$$$. Maybe don’t even call them audits?

A lot of my clients call them internal reviews. Even if the business isn’t certified to any standards, there's still something to audit against. They'll have processes in place that would benefit from a review.

If your boss isn’t too keen, then you could also offer to do this in your own time and then they’ll see the benefit to the business. They'll see the improvements. You'll be able to get other workers involved in the process too. It will benefit you, other workers, and the business. 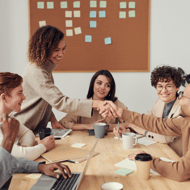 So put your hand up and say this is what I want to do.

So, either look within your own business where you're working now or if you're not in that position, start looking for another job! 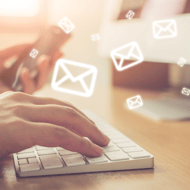 I looked at it like a Sales Funnel. I contacted about a dozen CBs that I thought were suitable to the location and Standards I wanted to audit in. I emailed my CV which highlighted my experience and out those I ended up contracting for 3 of them. It is good initially to contract for a few CBs until the work starts to come in. I then it back to two and now I'm actually still contracting for one of those original CB’s now.

Check out our Build Your Audit Career series where I go into detail on how to access this information on the JAS-ANZ website.

Each CB will have their own onboarding process as well, where you will gain experience from being observed and working with Senior Auditors. Once you’ve been through this process you will be able to work independently.

It Takes Time – Be Patient

It’s important to keep asking, keep learning, make new connections. This is a long game, not a quick game.

Don’t lose patience in the process. Be open to learning and open to asking questions as you never know who you are going to meet and how they can help you and how you can help them.

I did mention this to a student a few weeks ago in our ATOL Community Facebook page. He was getting frustrated that nobody was able to help him get the experience he was after. I suggested that it wasn’t going to happen overnight. He was doing the right thing by asking and putting himself out there. He just had to persevere.

You never know when someone is going to pop up that's just going to be that one person that can help you. That's all it takes.

It's not a quick process. Which is great for us that are really keen and that we know that this is what we want to do. It keeps out the people that aren't so keen or determined

So just keep on asking and actually, that’s what I’m here for! Just ask me. Comment below or send me a message.

There's so many of you that have so much experience to share and what a perfect opportunity it is for you to share this as an auditor or consultant.

Turn your experience into a career now!

Note – this is an excerpt from the Auditor Training Online Facebook Live, view the video here.

We all have these fears and doubts going through our heads and they are debilitating if they stop...

We are all going to be challenged in life, and at different ages and stages. It’s these experiences...

ATOL is always looking for new ways to stand out from...